A visit to the TWiT Brick House.

I was over at the Petaluma Market with my daughter and we decided to stop by and check out the TWiT Brick House. 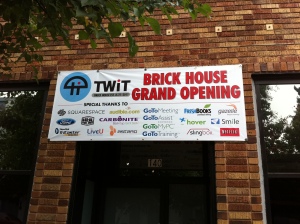 For those of you who might not know, TWiT stands for This Week in Tech.  Its a very popular podcast and part of a whole network of shows based around technology. I’m lucky enough to live in the same town where the show is produced and today was the official grand opening of the new studio.

My daughter and I stood outside the open door and looked in.  One of the people there invited us in to look around for ourselves. 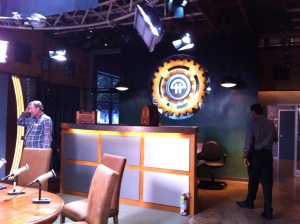 Here’s the set for the main shows.  There are smaller sets around for different shows.

Check out these cool looking chairs from one of the other sets.

Here’s the main control switcher.  The producer/director uses this to switch cameras for the various shows.

It was nice to see that even the TWiT guys are into comics. 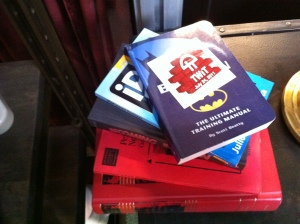 Here’s the Ham Radio setup they had in the corner.

I was hoping to get to meet Leo Laporte (the brains behind this whole network) but he was doing his radio show.

I’ll have to come back again another time and see if I can get a picture with him and may hang out to watch a live version of TWiT or MacBreak Weekly.

I can finally sleep at night….

I wanted to give a big thumbs up to this new line of sauces I found in the supermarket.  Its made by legendary Mexican chef Rick Bayless and I’ve got to say that what I’ve tried so far is FANTASTIC.  Its quick and easy for a workday meal (i.e. dinner better be done in less than 1/2 hour) and its made with ingredients that you’d find around your own kitchen (if you were a world famous Mexican chef).  The cooking blog The Kitchen did a nice write up on them.  Look for them next time you’re grocery shopping.

Rise of the Planet of the Apes 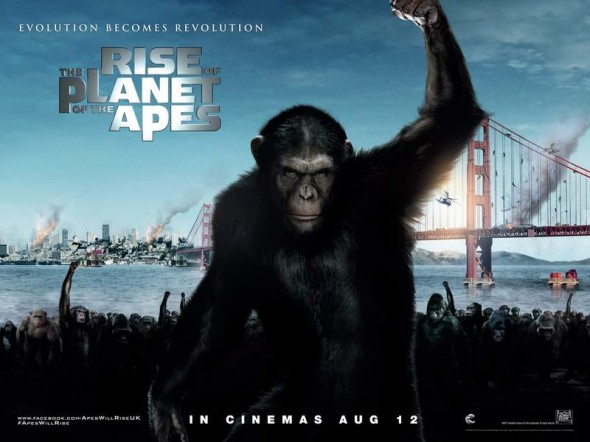 I just got back from seeing this and wanted to give a shout out to all my friends at Weta Digital.  They did an outstanding job on the apes!  On top of that, the movie was a lot of fun (despite some giant plot holes).  I picked up on a bunch of easter eggs from the original movie and I’m look forward to the inevitable sequel.  It looks like Fox has a great start to a renewed franchise.

I finally got to try out my new Big Steel Keg grill.  It worked great!

I brined half the chicken in a Serrano Pepper mixture (recipe at the end) for 4 hours and the other half I marinated in a mixture of lemon zest, lemon juice, crushed garlic, thyme, rosemary, salt and pepper for 2 hours.  Grilled them up and served it with roasted cauliflower and a Caesar salad. 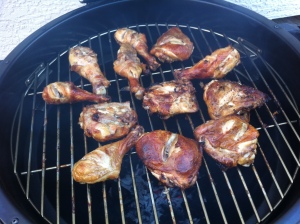 I found  this recipe  on the  bbq-brethren forum.

Per 1 quart of water

tsp of cayenne(can add a little more if you want)

Covered them with Better Than Sex sauce. 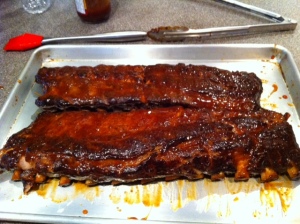 Here we are at the 3 hour mark.  Time to wrap in foil with a little apple juice and let them go for another 2 hours. 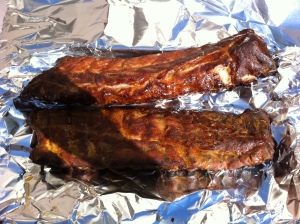 I finally picked up the Big Steel Keg grill I’ve had my eye on for a while.  Here it is next to the smoker that’s working away on the ribs.

Looks like Sunday is rib day! I’ll be smoking these with the 3-2-1 method.  I’m covering one rack with Plowboy’s Yardbird rub and the other with Simply Marvelous’ Spicy Apple Rub.  Both rubs can be found here. 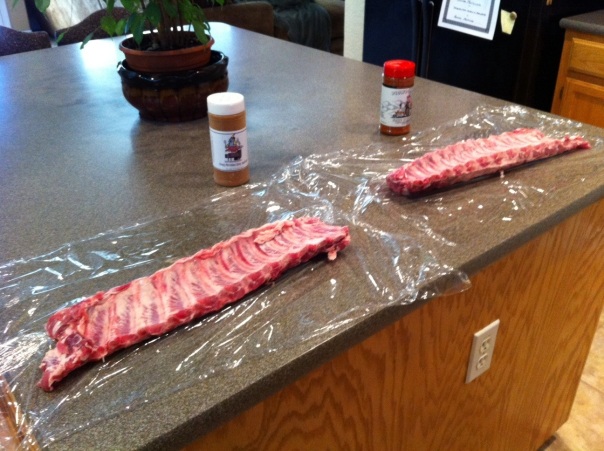 Here’s day one of using the WordPress website.  Its been “fairly” easy to get the page setup and there’s a nice iPad app to add posts on the go.  I’m liking this better than the software my hosting server provides.