← My retirement is secure….
ILM: Behind the scenes with The Avengers →

I understand this is a famous book and stage play, beloved by many,  so when I got a screener of this in the mail I figured I’d check it out.  Its much cheaper than paying upwards of $100 to see the stage play.

Apologies to any English Lit majors whom I might offend, but this was awful.   SPOILERS BELOW

So let me get this straight…. 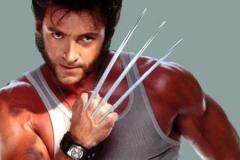 Maximus has a hard on for Wolverine and chases him around the world for over 20 years because Wolverine:

A) Is a dirty mutant and must die

C) Stole a loaf of bread to feed his starving family.

Some eight years after Wolverine skips out on parole ( after spending 19 years in jail for  stealing a LOAF OF BREAD!)  he’s remade himself into a respectable gentleman and runs a spinster shop where ugly women chastise poor

Cat Woman because she:

So Cat Woman loses her job ( ’cause Wolverine is too busy dealing with Maximus to notice the only hot chick in the office is getting canned).  She’s kicked out into the street and before you can finish  one song (Jeez I wish they’d stop singing EVERY SINGLE LINE ) she goes from poor little Cat Woman to full on hooker.

Eventually, Wolverine finds her (which is impossible since he’s a Marvel character and she’s DC and if Joss Whedon couldn’t get Spiderman for a cameo in The Avengers, there’s no way Tom Hooper should have been able to get these two together).  Just as she’s dying from a bad haircut, she tells him about her poor child living with an inn keeper and his wife.  So Wolverine promises her that even though he’s on the run from Maximus for stealing a LOAF OF BREAD and might be killed at any moment, he’ll take care of the little rug rat. 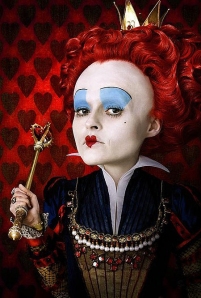 Ali G (Respect!)  and Tim Burton’s creepy wife.  Where they sell the little girl to him for like 15,000 pounds and then bitch and moan that they could have gotten more.  By this time my wife had gotten completely bored and decided it would be more fun to take the dogs out to poop.  She never came back.

At this point I’m starting to think maybe its a good idea the wife left.

…but then Linda just falls in love Freckle Boy as soon as she lays eyes on him.  Well who wouldn’t?

Rich little Freckle Boy has turned his back on his unbelievably wealthy family so that he can:

A) escape from the mafia.

B) start a social media website and get rich on his own.

C) starve to death like the rest of the French people.

So Freckle Boy and his buddies decide it would be fun to start a revolution and they’re *pretty* sure that all the other starving people will join them when the shit hits the fan ( even more spoilers – HA!)

So that’s just what they do and guess what.  It doesn’t go so well.  For starters, one of these dip shits lets Maximus (remember him? The big time military guys with a penchant for pursuing pan de muerto   pilferers )  join in with the revolutionary so that he can spy on them.

Eventually Oliver Twist here points out the error of their ways and Maximus is captured.  Hurray! 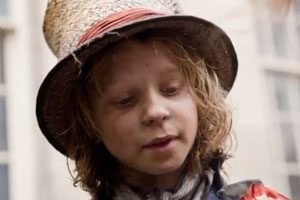 Wolverine then sneaks into the Revolutionaries bitchin fort (nice security you got there – he was dressed as a French Soldier at the time!) to try and find Freckle Boy.  He sees they’ve captured Maximus and offers to put a cap in his ass.  To which all the Revolutionary Frat boys say “Uh, sure!”.  Then for some unknown reason, Wolverine lets Maximus go – even though Maximus says “I’ll keep hunting you down and kill you for stealing that poor little LOAF OF BREAD.”  Wolverine says “Whatever” and pretends to shoot Maximus as he runs away.  Then shit gets real and the French army shows up with LOTS of guns and cannons and make mincemeat out of the fort.  As expected, none of the starving French people show up to help get shot.  Wolverine does find Freckle Boy all shot up and decides that the best thing to do for someone with open wounds is to drag him through the sewers.  As he’s pulling this poor guy through pools of human waste, guess who they run into?  Ali G!  Still bitching about money but he’s nice enough to tell Wolverine how to get out of the sewer.  Well, he says  “Go that way” which is a big help since it looks like whoever designed the sewer system also designed the hedge maze in The Shining.  Eventually Wolverine gets out of the sewer and who just happens to be standing at the exact exit he stumbled across?  Yeah, you guessed it – Maximus.   Maximus says “I’m going to kill you if you drag that half dead Freckle Boy another inch” and Wolverine is like “Whatever” and walks off.  Of course Maximus doesn’t shoot him (which wouldn’t matter since Wolverine has super healing powers) and instead he climbs on to the roof somewhere and contemplates his existence.  I guess he didn’t like what he saw since the then (Spoiler!) kills himself.

So to wrap this up, Freckle Boy is nursed back to health,  decides that being poor sucks and goes back to his rich family and gets married to Linda Lovelace.  Wolverine decides he’s had enough of this 2 1/2 hour movie and dies.    The End.

← My retirement is secure….
ILM: Behind the scenes with The Avengers →